,
Noun.
[jack and ape.] A monkey, an ape.
1.
A coxcomb; an impertinent fellow.
A young upstart jackanapes. 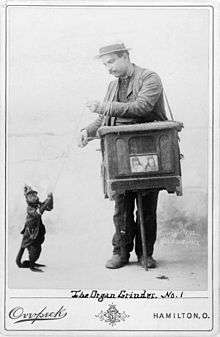 A monkey on leash was colloquially called a jackanapes.

jackanapes is originally the singular form, though it is also analyzed as a plural (due to the -s), and hence jackanape was formed as a singular backformation.

1450, from “Jack of Naples”, with “of Naples” rendered “a Napes” in vernacular. Originally rendered as Jac Napes, Jac Nape, and Jack Napis in 1450s. Presumably from *Jak a Napes, and original *Jak of Naples, presumably circa 1400. Monkeys were one of many exotic goods from Naples exhibited in Britain, hence acquired the nickname Jack a Napes.

In sense “upstart person”, applied to 15th century William de la Pole, 1st Duke of Suffolk, one of the first nouveau riche nobles (risen from merchant class). The family used a collar and chain on their coat of arms, which was an unfortunate choice, as this was more associated with monkey leashes, leading to the derisive nickname Jack Napis for de la Pole, yielding the insult.