An 1831–1841 pencil and watercolor illustration of the John Dory (Zeus faber) by William MacGillivray, from the collection of the Natural History Museum, London

From Old French doree, past participle of dorer ‎(“to gild”), from Latin deauratus. 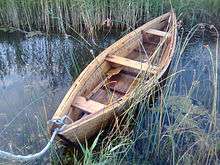 Attested in American English of 1709 CE; assumed to be related to Central of Western Indian language, perhaps Miskito.