(fĭg′ū̍r; 135)
,
Noun.
[F.,
figure
, L.
figura
; akin to
fingere
to form, shape, feign. See
Feign
.]
1.
The form of anything; shape; outline; appearance.
Flowers have all exquisite
figures
.
Bacon.
2.
The representation of any form, as by drawing, painting, modeling, carving, embroidering, etc.; especially, a representation of the human body;
as, a
figure
in bronze; a
figure
cut in marble.
A coin that bears the
figure
of an angel.
Shakespeare
3.
A pattern in cloth, paper, or other manufactured article; a design wrought out in a fabric;
as, the muslin was of a pretty
figure
.
4.
(Geom.)
A diagram or drawing, made to represent a magnitude or the relation of two or more magnitudes; a surface or space inclosed on all sides; – called superficial when inclosed by lines, and solid when inclosed by surfaces; any arrangement made up of points, lines, angles, surfaces, etc.
5.
The appearance or impression made by the conduct or career of a person;
as, a sorry
figure
.
I made some
figure
there.
Dryden.
Gentlemen of the best
figure
in the county.
Blackstone.
6.
Distinguished appearance; magnificence; conspicuous representation; splendor; show.
That he may live in
figure
and indulgence.
Law.
7.
A character or symbol representing a number; a numeral; a digit; as, 1, 2,3, etc.
8.
Value, as expressed in numbers; price;
as, the goods are estimated or sold at a low
figure
.
[Colloq.]
With nineteen thousand a year at the very lowest
figure
.
Thackeray.
9.
A person, thing, or action, conceived of as analogous to another person, thing, or action, of which it thus becomes a type or representative.
Who is the
figure
of Him that was to come.
Rom. v. 14.
10.
(Rhet.)
A mode of expressing abstract or immaterial ideas by words which suggest pictures or images from the physical world; pictorial language; a trope; hence, any deviation from the plainest form of statement. Also called a
figure of speech
.
To represent the imagination under the
figure
of a wing.
Macaulay.
11.
(Logic)
The form of a syllogism with respect to the relative position of the middle term.
12.
(Dancing)
Any one of the several regular steps or movements made by a dancer.
13.
(Astrol.)
A horoscope; the diagram of the aspects of the astrological houses.
Johnson.
(b)
A form of melody or accompaniment kept up through a strain or passage; a musical phrase or motive; a florid embellishment.
2/2
2/4
2/8
4/2
2/4
4/8
3/2
3/4
3/8
6/4
6/4
6/8
Academy figure
,
Canceled figures
,
Lay figure
, etc.
See under
Academy
,
Cancel
,
Lay
, etc.
–
Figure caster
, or
Figure flinger
,
an astrologer.
“This figure caster.”
Milton.
–
Figure flinging
,
the practice of astrology.
–
Figure-of-eight knot
,
a knot shaped like the figure 8. See Illust. under
Knot
.
–
Figure painting
,
a picture of the human figure, or the act or art of depicting the human figure.
–
Figure stone
(Min.)
,
agalmatolite.
–
Figure weaving
,
the art or process of weaving figured fabrics.
–
To cut a figure
,
to make a display.
[Colloq.]
Sir W. Scott.

,
Verb.
T.
[
imp. & p. p.
Figured
;
p. pr. & vb. n.
Figuring
.]
[F.
figurer
, L.
figurare
, fr.
figura
. See
Figure
,
Noun.
]
1.
To represent by a figure, as to form or mold; to make an image of, either palpable or ideal; also, to fashion into a determinate form; to shape.
If love, alas! be pain I bear,
No thought can
figure
, and no tongue declare.Prior.
2.
To embellish with design; to adorn with figures.
The vaulty top of heaven
Figured
quite o’er with burning meteors.
Shakespeare
3.
To indicate by numerals; also, to compute.
As through a crystal glass the
figured
hours are seen.
Dryden.
4.
To represent by a metaphor; to signify or symbolize.
Whose white vestments
figure
innocence.
Shakespeare
5.
To prefigure; to foreshow.
In this the heaven
figures
some event.
Shakespeare
6.
(Mus.)
(a)
To write over or under the bass, as figures or other characters, in order to indicate the accompanying chords.
(b)
To embellish.
To figure out
,
to solve; to compute or find the result of.
–
To figure up
,
to add; to reckon; to compute the amount of.

,
Verb.
I.
1.
To make a figure; to be distinguished or conspicious;
as, the envoy
figured
at court
.
Sociable, hospitable, eloquent, admired,
figuring
away brilliantly.
M. Arnold.
2.
To calculate; to contrive; to scheme;
as, he is
figuring
to secure the nomination
.
[Colloq.]

,
Noun.
fig'ur. [L. figura, from figo, to fix or set. See Feign.]
1.
The form of any thing as expressed by the outline or terminating extremities. Flowers have exquisite figures. A triangle is a figure of three sides. A square is a figure of four equal sides and equal angles.
2.
Shape; form; person; as a lady of elegant figure.
A good figure, or person, in man or woman, gives credit at first sight to the choice of either.
3.
Distinguished appearance; eminence; distinction; remarkable character. Ames made a figure in Congress; Hamilton, in the cabinet.
4.
Appearance of any kind; as an ill figure; a mean figure.
5.
Magnificence; splendor; as, to live in figure and indulgence.
6.
A statue; an image; that which is formed in resemblance of something else; as the figure of a man in plaster.
7.
Representation in painting; the lines and colors which represent an animal, particularly a person; as the principal figures of a picture; a subordinate figure.
8.
In manufactures, a design or representation wrought on damask, velvet and other stuffs.
9.
In logic, the order or disposition of the middle term in a syllogism with the parts of the question.
10.
In arithmetic, a character denoting a number; as 2. 7. 9.
11.
In astrology, the horoscope; the diagram of the aspects of the astrological houses.
12.
In theology, type; representative.
Who was the figure of him that was to come. Rom. 5.
13.
In rhetoric, a mode of speaking or writing in which words are deflected from their ordinary signification, or a mode more beautiful and emphatical than the ordinary way of expressing the sense; the language of the imagination and passions; as, knowledge is the light of the mind; the soul mounts on the wings of faith; youth is the morning of life. In strictness, the change of a word is a trope, and any affection of a sentence a figure; but these terms are often confounded.
14.
In grammar, any deviation from the rules of analogy or syntax.
15.
In dancing, the several steps which the dancer makes in order and cadence, considered as they form certain figures on the floor.

,
Verb.
T.
fig'ur.
1.
To form or mold into any determinate shape.
Accept this goblet, rough with figured gold.
2.
To show by a corporeal resemblance, as in picture or statuary.
3.
To cover or adorn with figures or images; to mark with figures; to form figures in by art; as, to figure velvet or muslin.
4.
To diversify; to variegate with adventitious forms of matter.
5.
To represent by a typical or figurative resemblance.
The matter of the sacraments figureth their end.
6.
To imagine; to image in the mind.
7.
To prefigure; to foreshow.
8.
To form figuratively; to use in a sense not literal; as figured expressions. [Little used.]
9.
To note by characters.
As though a crystal glass the figured hours are seen.
10.
In music, to pass several notes for one; to form runnings or variations.

,
Verb.
I.
To make a figure; to be distinguished. The envoy figured at the court of St. Cloud. 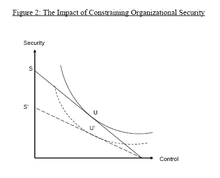 A figure showing some relationships between variables.

An advertisement promising women to improve their figures.

to solve a problem
to come to understand