(tīp)
,
Noun.
[F.
type
; cf. It.
tipo
, from L.
typus
a figure, image, a form, type, character, Gr.
τύποσ
the mark of a blow, impression, form of character, model, from the root of
τύπτειν
to beat, strike; cf. Skr.
tup
to hurt.]
1.
The mark or impression of something; stamp; impressed sign; emblem.
The faith they have in tennis, and tall stockings,
Short blistered breeches, and those
types
of travel.
Shakespeare
2.
Form or character impressed; style; semblance.
Thy father bears the
type
of king of Naples.
Shakespeare
3.
A figure or representation of something to come; a token; a sign; a symbol; – correlative to antitype.
A
type
is no longer a
type
when the thing typified comes to be actually exhibited.
South.
4.
That which possesses or exemplifies characteristic qualities; the representative.
Specifically:
(a)
(Biol.)
A general form or structure common to a number of individuals; hence, the ideal representation of a species, genus, or other group, combining the essential characteristics; an animal or plant possessing or exemplifying the essential characteristics of a species, genus, or other group. Also, a group or division of animals having a certain typical or characteristic structure of body maintained within the group.
Since the time of Cuvier and Baer . . . the whole animal kingdom has been universally held to be divisible into a small number of main divisions or
types
.
Haeckel.
(b)
(Fine Arts)
The original object, or class of objects, scene, face, or conception, which becomes the subject of a copy; esp., the design on the face of a medal or a coin.
(c)
(Chem.)
A simple compound, used as a model or pattern to which other compounds are conveniently regarded as being related, and from which they may be actually or theoretically derived.
☞ The fundamental types used to express the simplest and most essential chemical relations are hydrochloric acid,
HCl
; water,
H2O
; ammonia,
NH3
; and methane,
CH4
.
5.
(Typog.)
(a)
A raised letter, figure, accent, or other character, cast in metal or cut in wood, used in printing.
(b)
Such letters or characters, in general, or the whole quantity of them used in printing, spoken of collectively; any number or mass of such letters or characters, however disposed.
☞ Type are mostly made by casting type metal in a mold, though some of the larger sizes are made from maple, mahogany, or boxwood. In the cut, a is the
body
; b, the
face
, or part from which the impression is taken; c, the
shoulder
, or top of the body; d, the
nick
(sometimes two or more are made), designed to assist the compositor in distinguishing the bottom of the face from t`e top; e, the
groove
made in the process of finishing, – each type as cast having attached to the bottom of the body a jet, or small piece of metal (formed by the surplus metal poured into the mold), which, when broken off, leaves a roughness that requires to be removed. The fine lines at the top and bottom of a letter are technically called ceriphs, and when part of the face projects over the body, as in the letter f, the projection is called a kern.

,
Noun.
[L. typus; Gr. from the root of tap; to beat, strike, impress.]
1.
The mark of something; an emblem; that which represents something else.
Thy emblem, gracious queen, the British rose,
Type of sweet rule and gentle majesty.
2.
A sign; a symbol; a figure of something to come; as, Abraham's sacrifice and the paschal lamb, were types of Christ. To this word is opposed antitype. Christ, in this case, is the antitype.
3.
A model or form of a letter in metal or other hard material; used in printing.
4.
In medicine, the form or character of a disease, in regard to the intension and remission of fevers, pulses, &c.; the regular progress of a fever.
5.
In natural history, a general form, such as is common to the species of a genus, or the individuals of a species.
6.
A stamp or mark.

,
Verb.
T.
To prefigure; to represent by a model or symbol beforehand. [Little used.]

grouping based on shared characteristics
individual considered typical of its class
individual that represents the ideal for its class
block with a raised letter or character on its surface
biology: individual representative of its taxonomic group
preferred sort of person
blood group — see blood type
theology: event or person that prefigures or foreshadows
computing theory: tag indicating data type
fine arts: original object, which becomes the subject of a copy
chemistry: simple compound, used as a mode or pattern
mathematics: part of the partition of the object domain 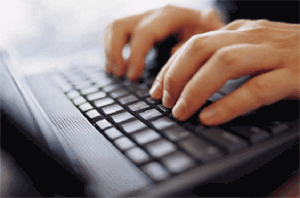 Hands of a person typing.